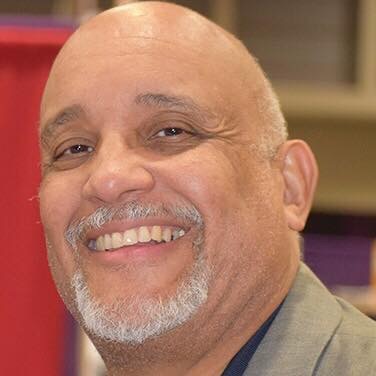 Mr. Clarence I. Brown-is the Chief operating officer and Managing Partner of Brown, Curry Detry, Taylor Associate LLC owners of Heart & Soul magazines, websites, and events. As the CEO he is responsible for the growth and expansion of the 21 year old brand to inshore its continued grown, success, and return on share holder value.

Prior to his becoming CEO of Mr. Brown worked with the American Psychological Association (APA) as Ad Sales Manager for 5 years. There he was responsible for over 1.2 million in web and print ad sales for the Monitor on Psychology, APA.org, gradPSYCH magazines, and Practice Update E-newsletter. He was Responsible for the development of sales and marketing materials for display, classified and web products. He was also part of development team for the redesign of APA.org  web site which encompassed over 50,000 web pages of content.

Prior to work at (APA) Mr. Brown was with Black Entertainment Television for 13 years. There he was Vice President of Operations and Associate Publisher for the BET Publishing Group. He was responsible for the launch of 3 magazines and managed a 15 million dollar budget for Emerge, YSB, and BET Weekend. While at BET he also re-launch Heart & Soul magazine after it was acquired from Rodale Publishing. He was instrumental in the structure and content for the launch of MSBET a joint venture web site for BET and Microsoft that eventually became BET.com.

In his career Mr. Brown has overseen the launch of numerous publications and the proper introduction of new products into the market place. Working with worldwide print suppliers such as Quad Graphics, RR Donnelley, Dai Nippon Printing in Tokyo and Hong Kong, Quebecor in Magog and Toronto Canada, and Smeets Offset in Weert Netherlands.  Additionally Mr. Brown has worked with newsstand distributors, fulfillment houses, paper suppliers, hardware and software suppliers to insure to ensure cost effective systems for these publications.